To learn the incredible tale of John Wayne’s private yacht the Wild Goose, simply continue reading. As you’ll learn about its background in the US Navy, her time serving during WWII, and her life as the private yacht of one of the most famous western actors in the world. the legendary John Wayne. 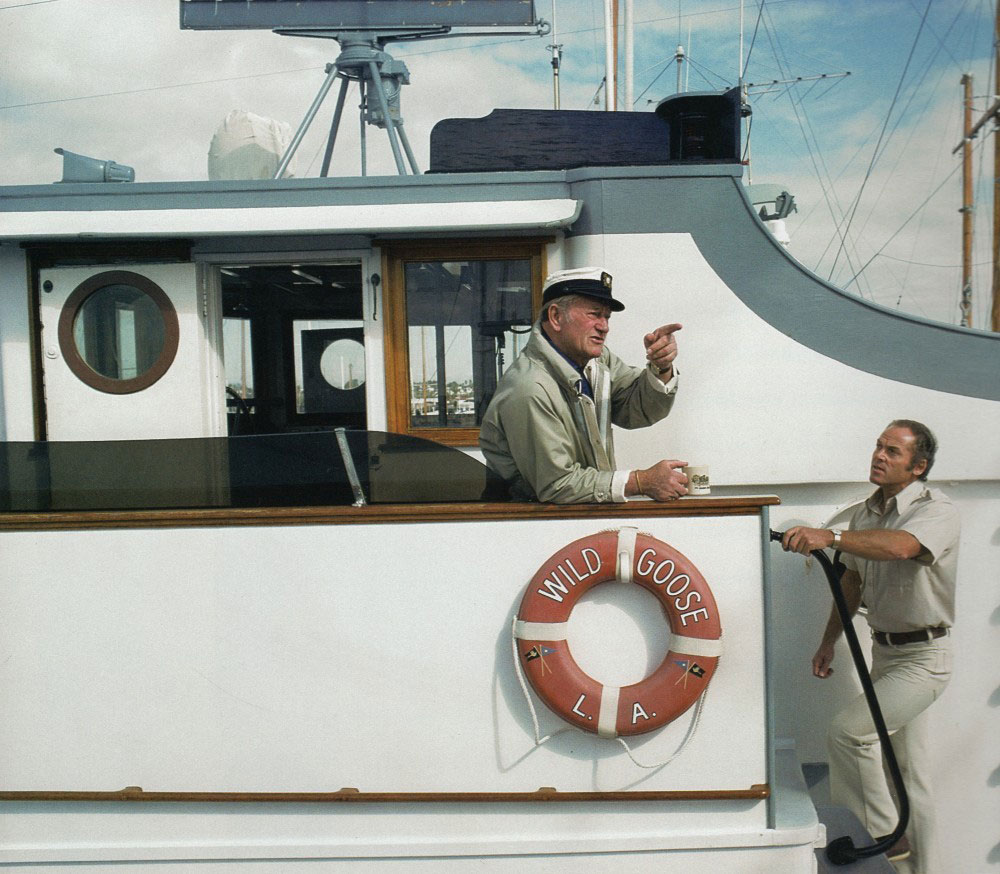 It was once part of the US Navy’s fleet:

While the iconic actor, John Wayne named his ship the Wild Goose, it originally was a US Navy YMS-1 class ship known as a Yard Mine Sweeper.

She was active during WWII:

As a naval ship, the Wild Goose was stationed primarily in the Aleutian Islands, during WWII. Her job was to sweep for enemy minefields at Attu and the US minefields at Kiska.

She was supposed to be involved in the scheduled invasion of Parmishiru Island:

She was scheduled to be refitted to participate in the scheduled invasion of Parmishiru Island, however before the invasion could take place, Japan who was fighting with Germany as part of the axis decided to surrender. At the time the Wild Goose was on her way to be refitted for the canceled invasion. She was ultimately removed from the Navy’s register of ships in 1946 after which point she lived on as a private yacht.

The most famous of the Wild Goose’s sister ships is the Calypso, which was famously owned by Jaques Cousteau. Cousteau was a famous French naval officer, scientist, filmmaker, and author. Who was passionate about the ocean.

She was owned by Harold Jones:

The first civilian owner of the Wild Goose was Harold Jones, who was the owner of Vancouver Tug & Barge. Jones used the Wild Goose which he named La Beverie to multiple parts of the world. Examples of which included Tahiti, Bora Bora, and Hawaii.

She was also owned by millionaire Max Wyman:

She was brought by the actor John Wayne in 1962:

She featured in a film:

Wild Goose made an appearance in the 1968 film Skidoo, in which she played the part of a boat named Mother which was owned by a gangster who was played by the famous actor, Groucho Marx.

So whether you are interested in WWII, John Wayne, or historical ships, hopefully, you found the article above about the Wild Goose’s incredible life interesting.