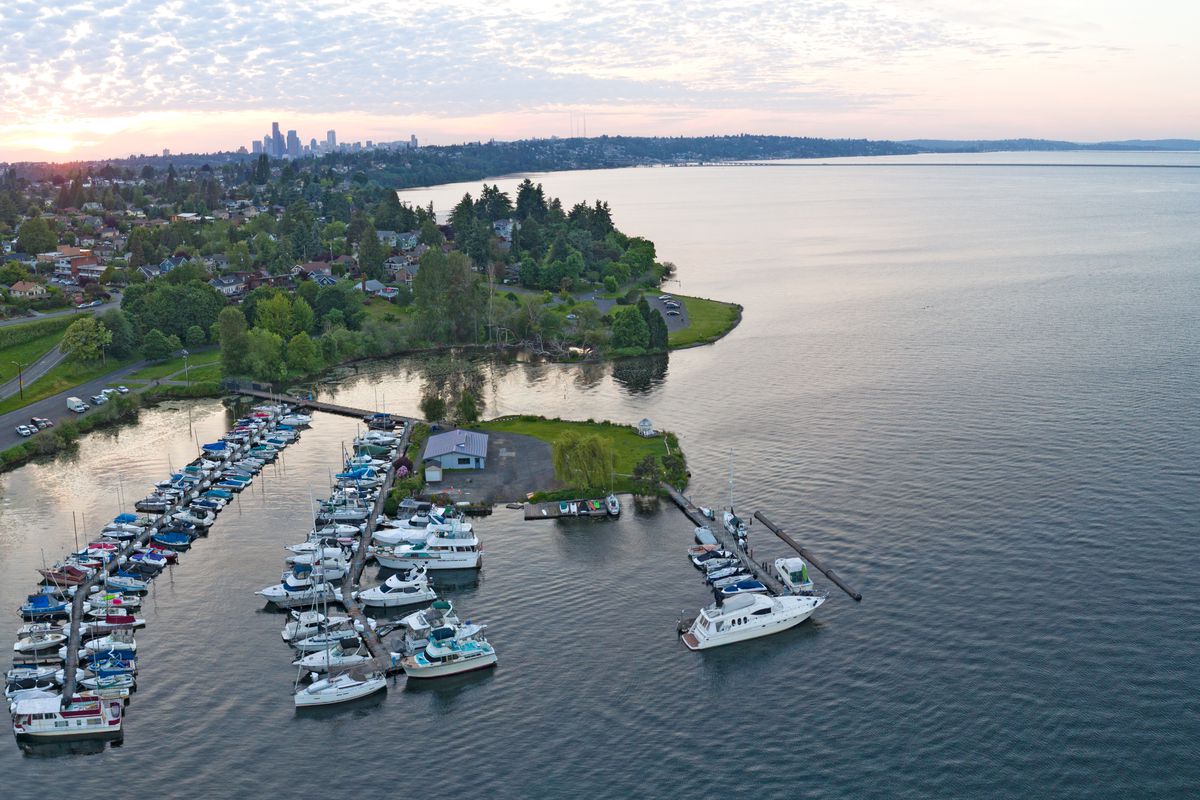 How was Lake Washington formed?

While Washington state is home to numerous man-made lakes, Lake Washington was naturally formed. It is a ribbon lake and was created when it was excavated by glaciers which caused erosion which created Lake Washington.

Lake Washington is incredibly large and covers 88km2 as such it is the largest lake in King Country and the second-largest natural lake in Washington.

The shipyard did not become the Lake Washington Shipyard, as it’s known today until it was acquired by Charles Burckhardt in 1923. At which point in time the shipyard stopped building ferries and wooden tug boats and began building steel ships. It’s well worth noting that during WWII, the Shipyard ended up employing 9,000 workers, in order to meet the growing demand for ships. Some of the notable ships that were built at the Lake Washington Shipyard include the USS Aloe, the USS Corson, and the USS Gardiners Bay.

Some of the waterfront towns and cities that border Lake Washington include Seattle, Lake Forest Park, Kenmore, Yarrow Point, Hunts Point, and Medina. Due to its proximity to a large variety of towns ad cities, Lake Washington tends to be busy.

Mercer Island is located at the southern end of Lake Washington and has a population of over 20,000. You don’t need a boat to visit Mercer Island as it’s connected to the mainland via two road bridges. Which makes getting to Mercer Island a breeze. Some famous individuals who grew up on Mercer Island or call the island home include Paul Allen, one of the co-founders of the tech giant Microsoft, NBA player Paul Rashad, comedian and actor Joel McHale, Alan Mulally the CEO of the automotive company Ford and Steve Miller of the Stever Miller Band. Even Barack Obama’s mom Ann Dunham called Mercer Island home.

So if you are interested in learning about Seattle’s lakes, hopefully, you enjoyed learning about Lake Washington, which was named after George Washington and is a natural lake that is large enough to house an island that is home to over 20,000 individuals.