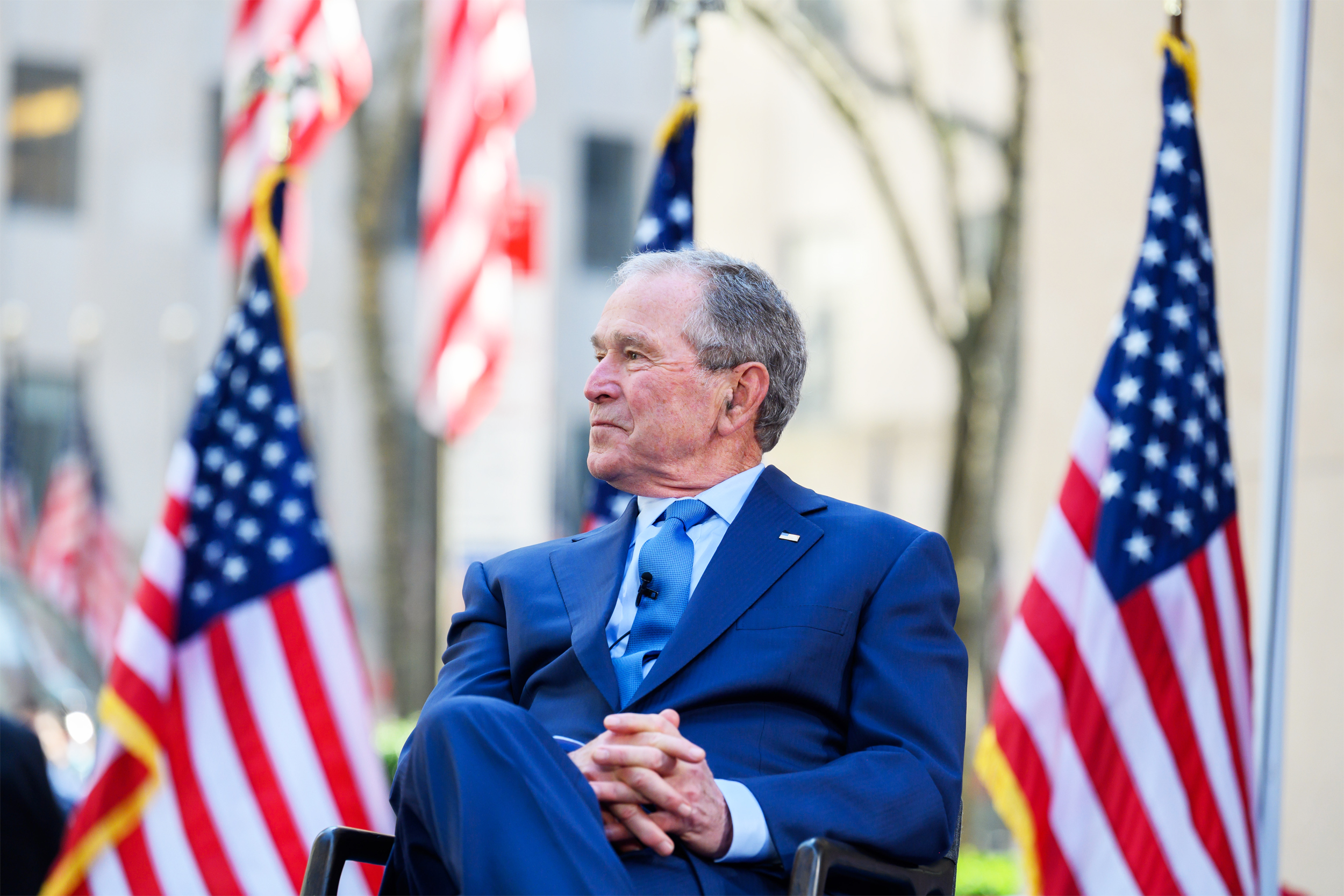 Everything you need to know about George W. Bush:

He followed in his father’s footsteps:

George W. Bush wasn’t the first Bush to serve as the president of the United States and his father George H.W. Bush occupied the White House between 1989 and 1993.

He graduated from both Yale and Harvard:

Bush is highly educated and graduated from Yale in 1968 and the Harvard Business School in 1975.

Prior to getting into politics, Bush originally worked in the oil industry.

He was the president during the infamous September 11 terrorist attack:

One of the most defining moments of Bush’s presidency was the infamous September 11 terrorist attack which saw terrorists hijack numerous planes. One of which crashed into the Twin Towers of the World Trade Center, which caused the towers to crumble and for close to 3,000 individuals to lose their lives. After the attack, Bush declared a war on terrorism and ordered the US military to invade and occupy Afghanistan. In order to try and put an end to the Afghanistan-based Islamic terrorist group, Al Quaeda who claimed responsibility for the September 11 terrorist attack.

In 2003 the Bush administration also invaded Iraq. As Bush claimed that Saddam Hussein the leader of Iraq was hiding weapons of mass destruction. While many individuals agreed with Bush’s decision, there was intense scrutiny by some individuals who argued that there was no evidence that Iraq had hidden weapons of mass destruction or formed an alliance with Al Queada.

In 2004 Bush was reelected after defeating his opponent John Kerry in the presidential election.

Bush was the president during the 2008 economic crisis:

Another of Bush’s challenges as president was dealing with the 2008 economic crisis, during which the world plunged into a recession.

In 2005 a man by the name of Vladimir Arutyunian attempted to throw a live hand grenade at a podium on which Bush was speaking, during an event in the city of Tbilisi, Georgia. Which is located in Europe and is not to be confused with the state of Georgia, in the United States. Fortunately, Bush was not harmed. While Arutyunian threw the live grenade at the podium, it ended up not exploding when it hit a girl who was standing close to the podium.

After retiring from politics and business, Bush followed his passion for art and has painted portraits of world leaders as well of himself. Bush has also taken to writing and has published a couple of autobiographical books.

Bush had a successful two-term stint as the president of the United States and navigated many tricky challenges such as the 2008 economic recession and the September 11 terrorist attack.