Herb Bridge lived a full life and managed to achieve a wide variety of impressive accomplishments in his 93 years. Not only did Bridge serve as a highly respected civic leader but he also served in the US Navy and had his own jewelry business. To discover how Herb Bridge became one of the most celebrated individuals in Seattle, simply continue reading. 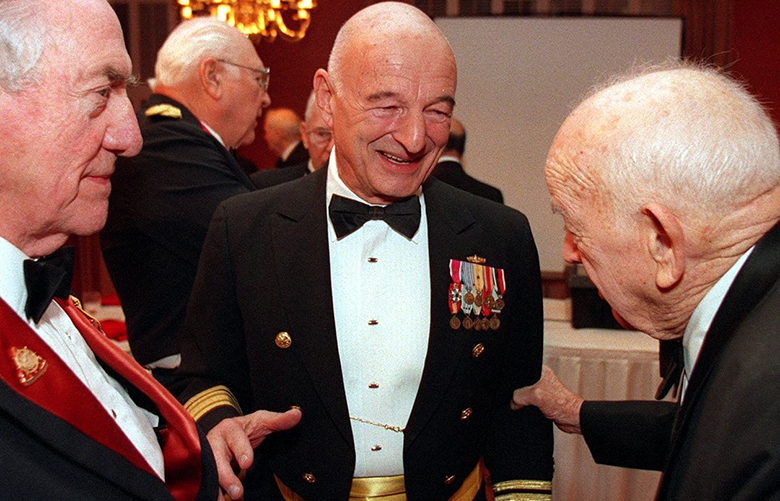 He served in WWII:

Before he became one of the nation’s most successful jewelers, Bridge served in the US Navy for 41 years. At the start of Bridge’s navy career, he even served during WWII. During which time a 17-year-old Bridge saw action at the Pacific Theater.

Not only did Bridge serve in the military as a young man but he also graduated from college in Seattle with a liberal arts degree.

He was born into a family of jewelers:

Bridge’s grandfather was a fine guild watchmaker, so it wasn’t surprising when Bridge decided to enter the jewelry industry, especially as he started working in his grandfather’s store as a small child. At the age of 18 Bridge received a letter from his grandfather giving him 1/4 of his jewelry business. Bridge ended up building a jewelry empire with his brother and their business Ben Bridge Jewelers ended up having a presence in states from Minnesota to Hawaii. In total Ben Bridge Jewelers opened 75 individual stores.

He helped spearhead the revival of downtown Seattle:

One project which Bridge was passionate about was transforming downtown Seattle. For his enthusiasm and drive to the project, Bridge was nicknamed Mr. Downtown. Thanks to individuals like Bridge, Seattle’s downtown is now a bustling hub of shops and boasts the famed Pike Place Market.

He won numerous awards for his philanthropic work:

Bridge was a philanthropist and was actively involved in civic, Jewish, and democratic causes. He was also a member of the Hell’s Rotarians, a rotary club that was comprised of keen motorcyclists, which gave back to the community by raising money for various causes.

He was honored by having a day named after him:

He passed away at the impressive age of 93:

Herb Bridge was fortunate enough to reach 93 years of age and passed away surrounded by his family members.

So if you are interested in the history of Seattle, hopefully, you found the incredible life of Mr. Downtown Herb Bridge inspiring. As he definitely lived a full life full of adventure and had a huge influence on the city of Seattle which he called home and which was the center of his business empire.