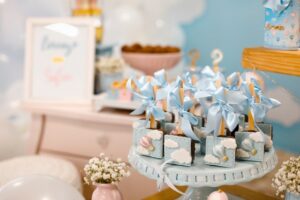 Congratulations to you! If you are parents-to-be and are looking for baby shower invitation ideas then you are at the right place. You will find the most creative and customized baby shower invitation card ideas to get on with the best invitations you would send to your loved ones with happiness expressing your love to welcome a new member into your family. These ideas would be loved by your friends and would give them a peek into your feelings at the moment.

This is the time when parents-to-be are very happy and nervous at the same time. Help the parents-to-be to slow down and savor this special time by throwing an adorable baby shower that would be unforgettable. Start by helping them select the best invitation cards for the baby shower.

This is a very popular idea for the baby shower invitation template used by most Parents today. The bear carrying balloons signifies how happy the mama bear and papa bear are in welcoming the junior bear into their family. You can change the shape of your cards to bring a difference in this idea. instead of going for square-shaped cards, you can always go for ticket-shaped or bracket-shaped cards to bring newness to the theme. This would also be a very good option if you are trying to be gender-neutral and are not planning on disclosing the baby’s gender until it is born.

This is another very cute and creative idea for your baby shower invitation. Although having a blue card with a white moon is a very basic color theme for the card, you can choose from hundreds of different color palettes available to match the theme of your party. You can ask your guests to dress in a particular colored theme. It can be pink if it is a girl, it can be blue for boys, and you can choose any one color if you would like this party to be gender-neutral. You can always decide on what needs to be written on the card beforehand. You can write a personalized message on every card or you can get generalized but apt words to express your gratitude and love for those who are willing to join you in this party.

You won’t need to worry if you are expecting twins and a baby shower invitation template that properly expresses the love for the bundles of joy you are getting in your family. Your joy is increasing twofold so there should be an invitation card that perfectly captures this feeling of yours and expresses it to your guests. The theme of this invitation card is having two onesies to demonstrate that you are ready to welcome not one but two bundles of joys and would like the support and blessings of your family and friends. You can always choose what needs to be written on the invitation card. To make it more fun you can include different forms that you and your family members would like. You can also include personalized messages. You can also go ahead and choose the color combination to make the invitation card interesting.

You are going to have a little boy then you should have an invitation card that says it out loud. You can’t scream and tell the world how happy you are but your card can do that for you. The little man card has a small mustache that speaks for itself. it perfectly expresses how happy you are in welcoming your little boy and how you would be grateful if your friends and family join you in this. It is normally 4 to 6 weeks before the mommy-to-be is ready to pop. So these are the final moments, before your boy is with you, to enjoy your feeling at this particular moment.

The time that you are enjoying right now is one of the best times of your life. In a little time, you will have your bundle of joy with you. So every moment you spend welcoming the baby like arranging a baby shower or choosing an invitation card you should enjoy these moments to the fullest.

It can be tempting to think that the poker boom of the 00s is over and done with, but there are still lingering effects being felt today.

Top players from the boom period, like Chris Moneymaker, are still making waves at tournaments today. Though it isn’t shown on TV as much as it was during its peak, coverage is still provided by CBS Sports after the biggest tournament moved to the new network this year. The tournament that sparked the boom in the first place, the World Series of Poker, is still going strong and returned to Las Vegas this year after a hiatus due to the pandemic. But this is just the largest in a long history of tournaments in the US. From the mid-1800s to today, poker has had a strong place in American history and popular culture.

The earliest card games date back to Europe, the Middle East, and China, but the game that we currently know as poker didn’t take shape until the 1800s in New Orleans. It grew from a French parlor game called Poque and a British game called Brag. As the two cultures mixed, an early form of poker became common in New Orleans gambling dens and quickly spread along the ports of the Mississippi River and across the Caribbean Sea.

In the mid-1800s, the Poque deck was expanded from 20 cards to 52 and the basics of poker came into play. The hand rankings grew to include a flush and straight as well as a pair or three of a kind. The game became increasingly popular among both Confederate and Union soldiers during the American Civil War, with soldiers from different units and areas sharing their version of the game. This helped spread the game throughout the rest of the US, finally reaching the heavily populated Northeast region. 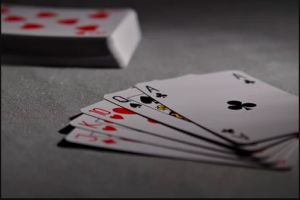 At the end of the 19th century, the game had become part of the lore of the Wild West, a period that would eventually spawn an entire genre of film and launch the career of actors like John Wayne. While most legitimate gambling halls featured other games, poker continued to attract players willing to brave the illegal games that were unregulated and frequented by hustlers, criminals, and card sharks. By the time the 1900s came around, the game had largely become standardized into the form we know today. Decks were able to be printed in mass and 5 card stud, popularized in the 1850s California Gold Rush, became the dominant form of the game.

The Rise of Modern Poker 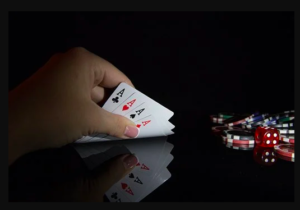 Over the next 100 years, the game didn’t change much, but different variations of the rules have arisen. Texas Hold’em, which rose to fame after the Wild West period faded, continue to be the most popular form of the game, but the biggest change in the game wouldn’t come around until the 20th Century. Online poker sites rose to prominence and resulted in what is called the aforementioned poker boom. Since then, online poker has been a mainstay in the game, while big tournaments command big events on the famed Las Vegas strip. 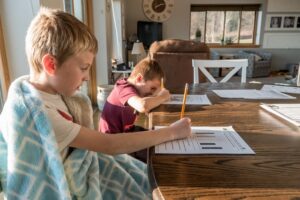 Given the current health crisis, parents have to decide between sending their children to school and keeping them at home. A school is an ideal place for learning. Students have a chance to interact and develop socially. It’s not only about academic learning but developing other skills. However, there’s also a significant risk of getting sick due to the closed learning environment.

If you decide to keep your children home, you have no choice but to pursue homeschooling. You will still enrol your children in a formal educational setting, but you have a more prominent role to play. It can be stressful if you were not too involved with your children’s studies before. Here are some tips to help you avoid the stress that comes with homeschooling.

Just because your children are studying from home doesn’t mean you have to sit beside them all the time. You also deserve a break. If you can’t go to a local spa or book a hotel, transform your house into a spa. You can even remodel the bathroom to make things better. Consider freestanding baths to elevate your bathing experience. You can also start a new hobby. It makes you feel good about being at home and not having the chance to travel to other places.

Teach your children to be independent

Your guidance is necessary for homeschooling. You can’t expect the children to sit in front of the computer and study all the time. They might get distracted. You’re there to ensure that they do the right thing and make the most of the class hours. However, you can’t hold their hands forever. You should also teach them to be more independent. They have to develop study habits and finish the required tasks without your assistance all the time. You can be there at first, but it’s not ideal to be there all the time.

Communicate with the teachers

Build an excellent relationship with the teachers. They will tell you how your children perform in the online class. They can also teach techniques in teaching the lessons that you can use at home. With their help, it won’t be too much of a burden for you. They will tell you where your child is, relative to the other students in the class.

Don’t forget your “me” time

Since you’re at home all the time, it’s easy to forget about yourself. You get burdened by the chores. You also have to look after all your children. The truth is you deserve to have your “me” time. It allows you to recharge and recover. You might take it out on your children if you don’t get enough rest or the opportunity to do what you want.

With these tips, homeschooling won’t be a burden anymore. Instead, you will enjoy the process and feel more relaxed. You can also provide better attention to your children’s education and help them get through this tough time.